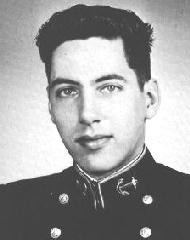 The fair city of Baltimore has been the scene of great events during our sojourn at the Academy: victorious football games against Maryland and Air Force, and a company party that went down in the history book the Officer of the Watch must keep. One of the city's momentous contributions to Annapolis is Denis. Although he asserts that his chief claim to fame is being too lazy to push the "coast button," his friends disagree and point to his shinny stars as a rebuttal. Always known as a fast worker, Denis tries to get far enough ahead so that he can do his studying for June finals during Christmas Leave and have the remainder of the year free to indulge in reading. Alas, our genius is regularly frustrated by his classmates who know that no request for help will be denied. 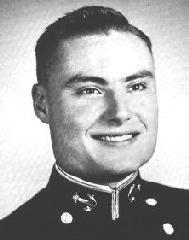 Torn between a desire to attend several different Academies, Dave finally decided on USNA. The Air Force's loss was the Navy's gain. At a school where sports are one of the major field of endeavors, Dave is capable of entering into any conversation with his thorough knowledge of sports activities, both past and present. An ardent athlete himself, Dave was a discus thrower on the Plebe track team and helped his company and battalion sports teams in volleyball, cross-country, and 150# football. Besides dragging girls from Annapolis and the U. N., some of Dave's free time was spent with the German Club and the Naval Academy Christian Association. With his personality and ability, Dave will find many rewards in whatever career he may choose. 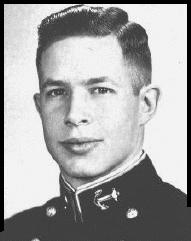 Bob graduated from Galesburg High School in 1959. He was employed as an Assistant Highway Engineer before entering the Academy in July. During Plebe year, Bob was active in sports as a member of the Brigade championship battalion swimming team and Regimental championship intramural basketball team. He was also a member of the Plebe golf team and Plebe hop committee. The highlight of Bob's four years came during the summer of 1960 when he sailed across the Atlantic on the Coast Guard's square-rigged training ship, the "Eagle." While on this cruise he visited London, Paris, and Oslo. The next three years found Bob as a member of the varsity golf and intramural basketball teams. He was also active in WRNV, the Academy's radio station.