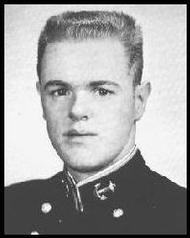 Terry, who hails from upstate New York, came to the Academy after spending a year at Rensselaer Polytechnic Institute. He rather reluctantly accepted the change from frat parties to plebe indoctrination, and after the initial shock wore off in the middle of youngster year, he found himself well settled into the routine of Academy life. A frequent member of the Superintendent's List, he earned stars his plebe year and started an overload program in hopes of a possible degree. Terry, a member of the Newman Club, takes a great interest in sports; basketball being his favorite. Pop music, sailing, and happy hours are also high on his lists of favorites. Terry's biggest thrill while at the Academy occurred during his second class summer with his frequent escapades in the T-34's. Although undecided about his future plans, his experiences at the Academy should give him a good start on the road to success. 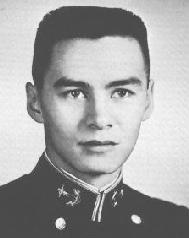 Dan came to the Academy from the great Northwest, and by the end of plebe year, he found that life here did not compare to the life at Gray's Harbor Junior College. Youngster year, Dan did his best to change this situation. When the regulations said that he could date, he could be found exercising his outgoing personality on the fairer sex. After fighting the academic departments to a one-sided finish, Dan was usually found jumping around Thompson Field, either high jumping or broad jumping. When he wasn't on the varsity track field, he was adding his talents to the plebe and company basketball teams. Sundays found him singing in the Chapel Choir. Dan's singing was not confined to Sundays, and his roommates often heard the Kingston Trio plus one. In addition to this he was a member of the Portuguese Club, Reception Committee, and Honor Committee. Navy Line looms as his service choice, with a career in submarines foremost in his mind. 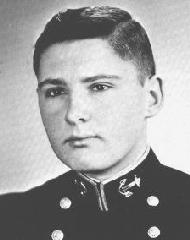 Paul entered the Academy via Boston Latin High School. He has participated in cross-country each winter and volleyball in the spring. One could usually find him either with his nose in a book-academic perhaps, but,not always-or with a picture in front of him and a pen in his hand. When this wasn't the case, one could find him in bed catching up on his sleep. He was the type who worried about failing, although he never really had too much trouble. One exception to this case was the courses connected with the English Department, his best academic subject. Paul would always instill into the daily routine a little humor, both for himself and his classmates. He has made many life long friends during his four years at the Academy.