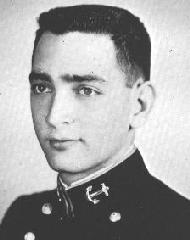 Rosy, a cheerful personality from the Sunshine State, entered the Academy via Bullis Prep. His fun-loving nature brightened many dark moments for those who lived with him, not to mention those gay parties after football games. Although he'd rather listen to Jimmy Reed albums than study, Rosy got along pretty well with the academic departments. At Hospital Point, his hard play and fighting spirit were major assets to his company cross-country and soccer teams. Athletics also occupied his free time, for he was fond of golf and water sports. Respected and well-liked by his classmates, he will be a fine officer and a good friend to his shipmates in the Fleet. 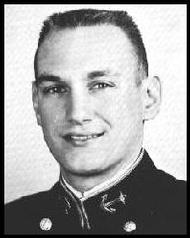 Ben hails from Memphis, Tennessee, as anyone can easily tell after talking with him. He attended Christian Brothers College for one year before coming to the Naval Academy. While being very active in athletics during his stay at the Academy, he still managed to keep in the upper percentage of his class in academics. As a plebe he played both basketball and baseball, but concentrated solely on playing basketball after that first year. Since he has always enjoyed flying, there was never any doubt in his mind that Naval Aviation would be his service selection. Ben was an ardent member of the Newman Club and always was ready to give a helping hand to anyone who needed it. A fine student, athlete, and companion, Ben will always be remembered and certainly deserves rich success in his future efforts. 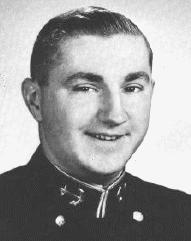 Paul was born on 22 July 1940 in Cambridge, Massachusetts. He completed his secondary schooling at Brighton High School in Boston. While in high school, Paul was an end on the football team, goalie for the school's ice hockey team, a member of the junior Rotary Club of Boston, and was also the Outstanding Senior Cadet in his last year. After graduating from high school, Paul enrolled in the Engineering Course at Northeastern University in Boston. During his one year at Northeastern, he played goalie for the Freshman Ice Hockey team. Turning down an offer from the Military Academy, Paul entered U.S.N.A. in July, 1959. Unfortunately, a knee injury has limited his athletic endeavors at the Academy. Paul is a member of the Auto Club and, as is to be expected, his hobbies are reading, music, and auto racing.