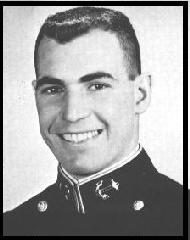 Charlie came to the shores of the Severn from the "Christmas Tree Capital of the World," Indiana, Pennsylvania. Academics and athletics took up nearly all of his time, but Chuck could occasionally be seen strolling the streets of Annapolis with a good looking drag. On the sports scene, Charlie participated in 150# football, brigade boxing, basketball, and baseball. His crowning achievement was becoming Brigade Boxing Champ during second class year. Chuck also took an active part in the Newman Club, the Catholic Choir, and the Foreign Relations Club. As so many others in his class, he hopes to go into the Marine Corps upon graduation. 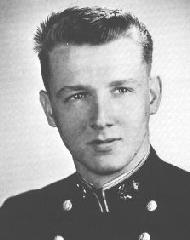 Jim came to us from Abraham Lincoln High, Council Bluffs, Iowa, the heart of the Big Ten country. This fact becomes quite evident every time someone mentions football. Jim's knowledge of football plus his height gave our company and battalion football teams many points. His heated discussions about the finer points of the game always proved to be exciting as well as informative. Besides football, Jim was active in volleyball, crew, and basketball. Jim's warm personality easily won the friendship of his classmates. He is at his best at parties and happy hours. His contributions to the Air Force Game party during Youngster year spread his reputation throughout not only the Brigade but throughout Baltimore. He will have many happy memories to look back upon late in his career. 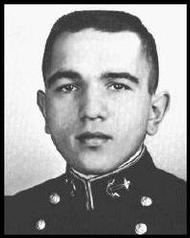 Bob came directly to the Naval Academy from high school in Wilkes-Barre, Pennsylvania. Although he had a tough fight with the academic departments during plebe year, his hard work and determination enabled him to improve greatly in following years. An active participant in intramural sports, Bob proved to be a valuable man in boxing, football, and softball. Coming from a long line of civilians was no problem to Bob as he eagerly accepted his tasks and responsibilities and laid a strong foundation for his future years in the service. Bob plans to spend his military career in the Marine Corps where his devotion to duty and love of service will open many gateways to success and happiness.