It must have been a lean and mean day in 1941 when the first son was born to the Swinburne household; for ever since then, it has raised a fellow with a real "go-gettem" attitude-Herb. In his earlier days, Herb was faced with sickness, but by grit and determination, and the pulling on an oar, he turned himself into a prime example of physical fitness. Since being at the Academy, Herb has exemplified this by rowing varsity crew during the seasons, and boxing in between. After Youngster Cruise, he earned his parachutist's wings at Ft. Benning, Ga. Herb also desires to attend SCUBA School after First Class Cruise. Oh, yes, Herb has also set his goal upon becoming a millionaire. With some of his well-devised schemes, he'll probably be the first in '63 to do so. 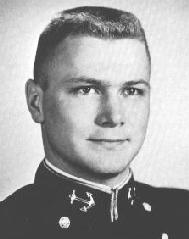 This good-natured New Yorker came to the Academy from the University of Rochester. A varsity soccer player, Bob devoted his autumn afternoons in the fullback slot of Coach Warner's fine team. Bob's athletic ability is pointed up by the fact that he was undefeated in battalion squash the first season he ever played. At WRNV he was a member of all three departments, engineering, programming, and administrative. Bob's boundless energy and genuine enthusiasm has been poured into every project undertaken. Although books were never his strongest point, Bob never had any real trouble with academics. He is one of those rare individuals who gets along with everyone. A good deal of common sense rounds out Bob's personality and points toward a promising future in his chosen field. 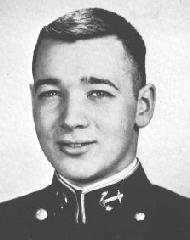 Grant journeyed to the Academy from the shores of Lake Washington, in our great Pacific Northwest. While in high school, he played football and indulged in quite a bit of snow and water skiing. His enthusiasm for sports continued at Navy, where he was a member of the Plebe 150# football team and various company and battalion sports squads. While a Midshipman, much of the rest of Grant's time was spent dragging, as well as participating in extracurricular functions. He was a member of the Newman Club, Automotive Engineering Club, and Spanish Club. In addition to these organized activities, Grant had a flair for photography, which can be attested to by anyone who has visited his room. If "Telf" can hold out against adversity in the Fleet as he did against four years of onslaughts by the Science Department, he will be headed for a successful career as a Naval Officer.