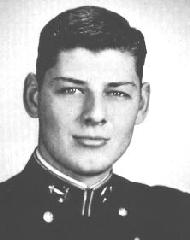 Hunter came to USNA directly from high school in Bellaire, Texas, still singing "The Eyes of Texas." He soon gave this up to return to the more serious pursuits of playing chess and girls. joining the Chess Club, Hunter quickly showed himself to be one of the top players at the Academy, but he decided to devote his full time (when he wasn't asleep, of course) to the pursuit of the fairer sex. Starting plebe year at the Academy, he began to build his reputation for having at least one girl in every port. Hunter and academics never did see eye to eye but he always seemed to avoid the "tree." 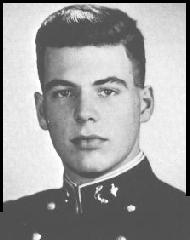 Having been an "Army brat" and an ROTC student prior to his entrance, Scott marched to the Naval Academy well acquainted with the military life. However, during his spare time, Scott's lighter interests were consumed in writing, often having some of his work published in his hometown newspaper. Although he was no academic genius, Scott always seemed to do well in his classes, particularly French. After classes Scott spent his afternoons in the fencing loft where he has done well since Plebe year. With his easygoing manner Scott will always be remembered as a loyal friend to all. 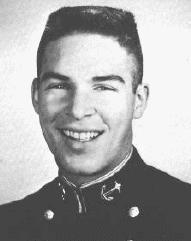 The oldest son in a Navy family, Bob has lived in various locations from Hawaii to Virginia in the best traditions of a constantly moving service. At the Academy, Bob's main interest was football. He has played the sport on all levels-company, battalion, and finally varsity. He also played on Plebe lacrosse and battalion lacrosse teams. Coming into his own as a scholar, Bob spent some time on the Superintendent's List, and he has chosen mathematics as his major. Bob hopes this will help him in his career as a Naval Aviator, which is his ultimate goal. Another of his goals is eventual marriage, which comes as no surprise to his classmates who frequently see him in the company of many a young beauty.