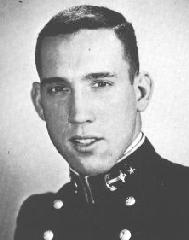 One of the Big Ten's biggest contributions to the Navy in recent years has been this energetic, amiable package of "get-up and go," known to the many of us fortunate enough to make his acquaintance as "Tony." Bringing with him to USNA a great love of sports in general, and lacrosse and football in particular, he pursued them with a dedication and drive which characterized him for four years. An academic slash as well, Tony's efforts in behalf of his classmates will long be remembered and appreciated. His love for swinging music, his way with the opposite sex, and all around personality made him one of the best known and best liked members of his company and his class. No matter what the future may hold in store, those of us who lived, worked, and played with him for four years wish Tony the best of luck and complete success. 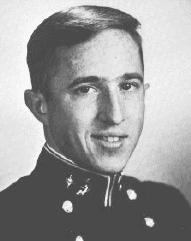 John, who hails from that tropic island ninety miles north of Cuba and 100 miles from the United States, came to the Academy from Georgia Military Academy and the University of Florida. His greatest thrill since he and Ron Wills were put on report for straggling from McDonough Hall to Mother Bancroft came in June Week of 1960. By John's valiant efforts the class of '63 had the shortest Plebe year in modern Academy history. He placed his cap on the top of the Herndon Monument in the record time of twelve minutes during the "tain't no mo' plebes" ceremony following graduation. While at the Academy John participated in plebe lightweight crew and numerous racquet sports. As the saying goes, "Navy Line is mighty fine": John plans to serve on Destroyers when he graduates.