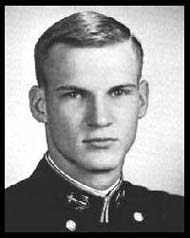 Ray entered the confines of Mother Bancroft from the Grand Canyon State, Arizona. He was an outstanding athlete and student in the "Good old days" and put these attributes to good use while at U.S.N.A. Many was the night when he would come in from Crew practice dead to the world, but he was never too tired for a round or two with the books. His battle to stay at 150 pounds was Ray's main problem while at Navy, and his diets were a thing to behold. The fact that Ray stood among the top of his class in Physical Training is proof of his athletic prowess. His sense of duty and friendly manner have won him many friends among the Brigade, and his enthusiasm and will to work will make him a credit and honor to the Fleet. 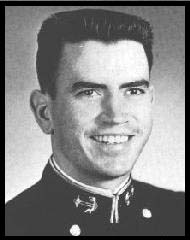 Out of St. Joseph's Central High School, Walt came to Annapolis filled with the true college spirit. Apparently the Navy's version of college life was not quite what he had expected, but nonetheless Wait quickly fell into the routine. Plebe year broke him of his liberalistic Midwestern habits as he developed a genuine sense of belonging. A big car man from the start, Walt has a knack of getting the most out of liberty, and yet he has been named to the Sup's List several times. On the sports scene, Walt participated in batt football and handball and in company football and soccer. The Naval Service will certainly benefit from the addition of this determined individual. 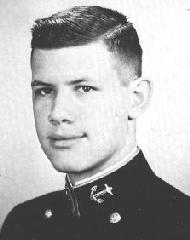 Prior to entering the Naval Academy, Roy was a student of Civil Engineering and mathematics at Colorado State University. At the end of his sophomore year, he received an appointment to USNA. While at the Academy, Roy's name frequently appeared on the Superintendent's List. Roy is best known for his competitive spirit and will to win. An avid bridge and sports fan, Roy's interest lies in nuclear propulsion for guided missiles and rockets.