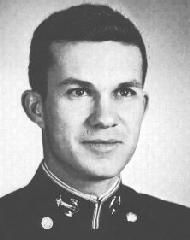 A true son of the South, Texas variety, Pete was always ready to champion the cause of his beloved South and the "Lone Star" state, when the "Eternal War" was mentioned. After spending a year as a Texas A&M "Aggie", Pete came to USNA for another plebe year, which made some inclined to believe that Mid'n Barnum, 4/c would get his first command in the ED squad, by the seniority rule. Not only ready to help anyone with academic problems, but also ready to join in any form of merry making, Pete has done much to adequately represent his "Great" state here at Navy. Pete's ability to get along with people will make him a welcome shipmate, and no matter what service career he chooses even if it is the Texas Rangers, he is sure to prove to be a valuable asset. 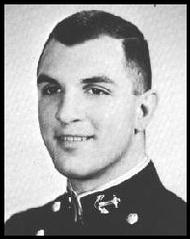 The Coast Guard Academy's loss was the Navy's gain when "Black Bart" came to USNA. The fact that he would have to face still another plebe year didn't deter him at all. He can proudly claim to be one of the very few who underwent the ordeals of two years of "bracing up". Bart hails from Kentucky, and a finer representative of the Blue Grass State can't be found. His quick wit and excellent guitar playing made him a favorite among his classmates, his juniors, and his seniors. Besides battling with the academic departments, Bart found time to be a staff writer for the Log, sing in the Chapel Choir, and to excel at intramural cross-country, volleyball, and 150 pound football. The Naval Service coudn't ask for a finer officer, nor the Academy for a finer representative. 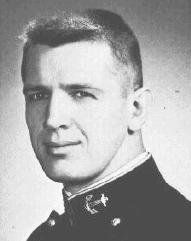 Tom, who hails from Phoenixville, Pennsylvania, stopped at the Naval Academy Prep School on his way to the Academy. At NAPS he was a standout in both lacrosse and football, the latter being his main interest at the Academy aside from his girls. His love of Football gave him the will to make weight and play for Navy's 150 pound football team. His outstanding ability and hustle earned him an "N-star" youngster year, an admirable feat in anyone's book. Tom's athletic success at the Academy has been matched by his academic success which has resulted in a steadily increasing class standing. His likable personality and leadership qualities have earned him the respect of his classmates. His character and past record bear witness on the success he'll enjoy as an officer.