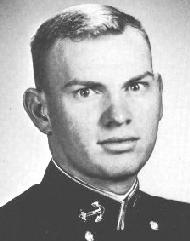 Bingo, a good natured, easy going guy from North Jersey, came to the Academy from Tenafly High School where he was one of the top trackmen in the school. He continued his career in track at Navy and helped to win many meets. Besides selling Christmas wreaths our "Moon Man" allocates much of his time to the twist, the Everly Brothers, and sleep. But he was always at his best at a party, and there are many that he will never forget. His personality has enabled him to make many friends, and it will ensure him success in the years to come. 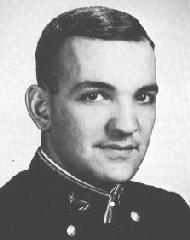 Mike, an Army brat, is easily described for he possesses the qualities which people are apt to note on a first meeting. Seldom without an opinion to voice, Mike has been an influential factor in the settling of many company affairs. Always with a smile and cheerful greeting, Bon has also been a morale booster during those frequent periods of depression. Known as the international lover of the Brigade, Mike has wooed the women from Venezuela to Germany. Being an avid skindiver, Mike's time in Venezuela was spent exploring the terrain of the tepid waters of the Caribbean. Bon, displaying the same qualities on the playing field as in the hall, has always been a mainstay in whatever he participates. Mike is undoubtedly destined for a successful career in whichever service he chooses. 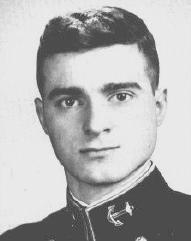 Bill is an "army brat" who is convinced that the Navy is the only way. Hailing from Alamo Heights, Texas, he came straight to the Academy from high school. Bill's record at the Academy both academic and athletic has been outstanding. He is a defensive linesman on the 150 pound football team and is no stranger to the Superintendent's List. Very active in many Academy extra-curricular activities such as the O.C.U. and Foreign Relations Club, Bill still finds time to study his favorite subject, the Far East. Known for his smile and pleasant manner, Bill's initiative and drive will carry him a long way in his naval career.