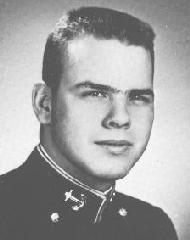 Tom arrived at USNA from Colombian Prep School with high hopes to play football for the Big Blue. A knee injury Plebe year confined his athletic ability to battalion and company sports, where his efforts were greatly appreciated. Late lights and early reveilles were a boon to T.K.! His academic by-word "late to bed, early to rise, brings me more than shaky two-fives," in addition, to assisting him through daily bouts with the books and profs, gave some ambulant OD's a target for their early morning strolls. Weekends provided Tom with time for operation in his favorite medium. He could be found at almost any activity accompanied by a drag. His genuine sense of humor paved the way for a good time at any party. One need only look at T.K.'s locker door to know his service choice upon graduation. A flyer, through and through, he sets his sights on Pensacola and a career in Naval Aviation. 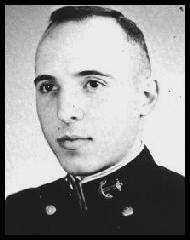 A true rebel and a staunch defender of his bayou state, Tony came directly to USNA upon graduation from Neville High School in Monroe. Although academics were never a serious problem, Tony's major assets were his southern culture, friendly smile, quick wit and pleasant attitude. His interest and desire in athletics aided him in excelling in company sports. When the going was tough, he would be right in there giving it the old Navy try. When not engaged in studies, athletics, or dragging, Tony could be found giving freely of his time and musical talents to the Drum and Bugle Corps- and to the Brigade of Midshipmen. On Sunday evenings, Tony's interests were absorbed by the Newman Club. An asset to the Brigade, sure to be a success in his military career, Tony will long be remembered by the many friends and acquaintances he cultivated while at USNA. 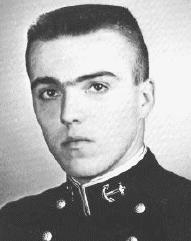 Buck has lived his entire life in the Nation's Capital and entered Catholic University after high school. His much desired appointment came after one year there and his long ambition was fulfilled when he entered the Plebe class. Buck amazed quite a few people with his fantastic knowledge of ships and planes and many people think he helped write <I>Jane's Fighting Ships</I>. Ironically, Buck has a great aversion to swimming and he believes that only ships and fish belong in the water. More pleasing to his taste is the sound of a fast car with plenty of power. He never really lost the hot rod spirit he had before he entered. Football is Buck's favorite sport, and he played a lot of company ball during the winter. Buck wants to be a career man, and the Naval Service will benefit greatly by his enthusiasm and ability.