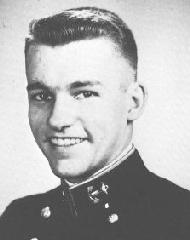 Steve, known by his classmates as "Stev-0" brought with him an outstanding record from both high school and his one year at Wentworth Military Academy. As an athlete he contributed to the mighty power of Navy's swimming team, and as a student he stood high in the class of '63. Although he was never one to turn down a drag for some important event in the Yard, Steve managed to keep up a steady correspondence with a certain someone back in his native Iowa during his four years at USNA. Steve spends much of his free time studying the past and future history of our submarine fleet and upon graduation, hopes to continue his career on board one of the Navy's nuclear submarines. 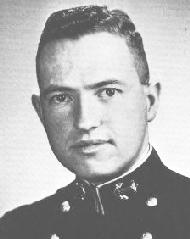 A native of Stephenville, Mel spent twelve years in Stephenville schools preparing for the Naval Academy. just to make sure he was ready for USNA he also spent two years at Tarleton State College. With true professional desire Mel was active in the YP Squadron. Athletically, he devoted his time to furthering his company's standing in the intramural sports competition. When he takes time out from his busy schedule to relax, Mel can be found listening to country music and catching up on the latest political situation. He is looking forward to a career in Naval Aviation, but no matter what his choice of service, he will be a valuable asset to his country. 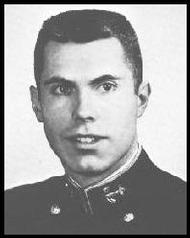 Jack came to us upon graduation from high school. He never has had any trouble with the academics and was on the Superintendent's list consistently. He was always the person that everyone ran to when a difficult problem came up. Jack was never the indoor type and excelled in his favorite sports of squash and tennis. Although we would try to fool you into thinking he was the quiet type, he was really the life of the party. Weekends found Jack spending most of his time either dragging or finding some other entertainment. The fairer sex have never been a major problem to him as shown by the abundance of mail he always received. His easygoing personality and hard working manner will make him a valuable asset to the Naval Service.