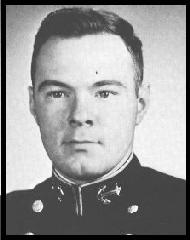 Wayne came to the Naval Academy via the Navy and NAPS. Before enlisting he attended Moultrie High School in Charlestown, South Carolina, where he lettered in football. He comes from a first rate Navy family and is well adapted to the naval profession. Not being an academic slash makes it necessary for him to spend a considerable part of his time with the books. His strong points are in the social science fields. Besides playing battalion and company sports at the Academy, Wayne spends his leisure time reading, which accounts for his keen knowledge of the Navy and current events. Although he is a southern boy he enjoys the far North, preferably Canada, where a sweet little someone makes her home. 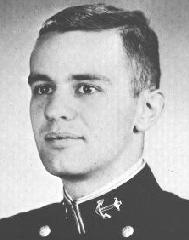 Born in East Orange, New Jersey, Brian lived in South Orange the greater part of his life. Before coming to the Academy he attended Saint Peter's College in Jersey City for two years, where he was a pre-engineering student. His appointment to the Academy was Congressional, and he entered in July of 1959 along with 1200 other eager Plebes. While at the Academy he became.interested in the advertising field and is now on the local advertising staff of the LOG. He is also a member of the Newman Club and the Photography Club. Upon graduation he is looking forward to a career in Navy Line. 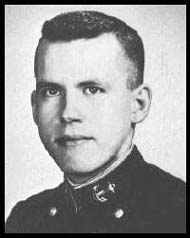 Coming to the Academy from Naval Prep, Larry adjusted well to Academy discipline. Realizing the opportunities offered by the Academy, Larry became very active in both extracurricular activities and sports. His vocal ability in the choir and Glee Club afforded many weekend trips, including the Miss America Pageant. His interest in sports was felt in both varsity crew and dinghy sailing. He also made many friends both at the Academy and for the Academy, greeting Navy opponents as a member of the Reception Committee. Larry's pleasant attitude, his interest in outside activities, and his devotion to his duties and responsibilities indicate that he will find a service career both entertaining and rewarding.