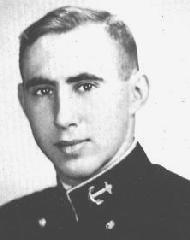 John came to the Academy after completing a year of college at the Polytechnic Institute of Brooklyn. His college background gave "Fidel" a head start in academics, and enabled him to get stars and take advantage of the privileges of the Superintendent's List quite often. An active competitor in sports "Fidel" was on the Plebe wrestling team and also participated in company softball and soccer. What remaining time "Fidel" had he devoted to the Spanish club. Taking advantage of the validation program, "Fidel" is fortunate to graduate with a science and Spanish major. With this background "Fidel" is looking forward to a successful and rewarding career in the Navy. 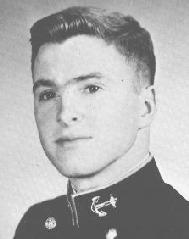 Johnnie hails from the hills of West Virginia and hasn't let anyone forget it. USNA hasn't interrupted his carefree manner in the least, although it did interrupt his social life somewhat. Plebe year found the "Mighty Mite" a member of the plebe cross country and track squads. He has spent his winters displaying his prowess on the basketball court. He also has distinguished himself on the volleyball courts as an avid competitor. At the same time Johnnie has proven that you don't have to be a giant to excel. His talents do not stop here either, as he has been found spending much time singing in the Chapel Choir and Glee Club. The Naval Academy's loss should prove to be the outside world's gain in his chosen career. 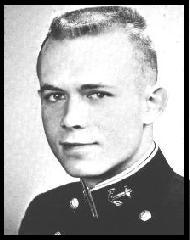 Joe arrived at USNA directly from high school. During his tour of duty at the Academy, he could be found every other Sunday evening with the Newman Club. Although extremely well-adapted for athletics, Joe's interests seemed to lean toward debating. Aside from debate, Joe concentrated mainly on Battalion soccer, boxing and wrestling. Reception Committee and 1963 Ring and Crest Committee duties took up what spare time he had remaining. Those who know Joe will agree that he is cut out for the military and couldn't have done better anywhere else. They would also agree that his honesty and determination will facilitate his success in any field he chooses. Joe will always remember and be remembered by the friendships that he made and the good times that he had during his four years by the Severn.