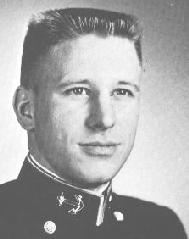 Hailing from the quaint little town of Apalachicola, Florida, Frank is the typical easygoing Southerner. "Cookie," who quite often found himself on the Supt.'s List, was always a good bet for explaining a tough skinny problem. Three years in the fleet prior to joining the class of '63 gave Frank a good start on plebe year, and he proved invaluable as a source of reference for his classmates. Frank took an active part in company sports during his afternoons. This man of few words and slow anger was truly a credit to the Brigade and rightfully deserved their respect and admiration. 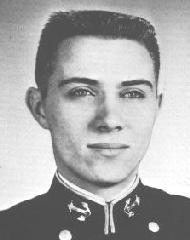 A typical Brooklynite, characterized by his quick wit and good sense of humor, Dick took the Naval Academy right in stride. He was well prepared for the Academy, spending one year at the University of Detroit. After having an uneventful season on the Plebe baseball team, Dick's aggressiveness and ability finally manifested itself youngster year and he won his "N-star." Not one to settle with any one girl, his big problem was his choice of drags for the weekends. With his warm personality, leadership, and athletic abilities, Dick meets all the qualifications of an outstanding officer and gentleman and will be an asset to his country no matter what he does. 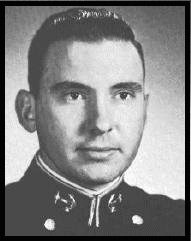 Mike, known to all of his friends as "Doc," came to the Naval Academy from NAPS. Prior to his decision to join the Navy, Mike attended General Motors Institute, which has assuredly left its mark on him. He is known as a general repairman, able to make anything run. Mike was captain of his plebe fencing team, and continued his success on the varsity level. He is also an avid fisherman. Most weekends you might see him walking along by the river with his pole and a good size string of fish. We know that Mike's varied background and interests will make him a valuable asset to the Navy.