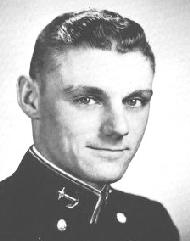 Sailing in from Washington-Lee High where he built his first cyclotron as a junior, Don soon mastered the stormy seas of Plebe year and entered the balmy swells of upperclass life. A member of the Brigade's first validation program, Don's stars were a symbol of his academic success. Although interested in most everything, his pet and major lay in the field of nuclear physics. One of the more active members of the Brigade, Don soon found many extra-curricular activities to offset his heavy academic program. Fondly remembered for his orange and white parachute and "Now in Airborne . . .," he wore his wings with pride. The YP squadron, too, found a devoted hand in his person. Sports-wise he led many a company cross country team to victory, and to top the week off he taught Sunday school in an Annapolis parish. A friend to all and an able companion, the Naval Service is fortunate in claiming a fine officer. 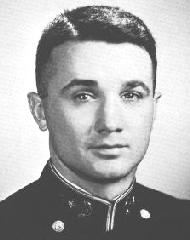 A year at Purdue University and active duty in the fleet have seasoned this "Hoosier" prior to his entrance to the Academy via NAPS. Bill's experience and knowledge immediately made him a leader among his classmates, and he acquired his lasting friendships just as quickly through his character, personality, and sense of humor. A scrappy boxer, he was hampered by an injury, and his athletic endeavors were channeled into company and battalion sports, where he was a keen competitor. Bill, a great friend in need, will be remembered along with his more serious achievements for the running of his less-salty classmates and his resourcefulness and ingenuity at humorous diversions. His quick wit and easy manner will allow Bill to make a smooth transition into Naval Aviation. 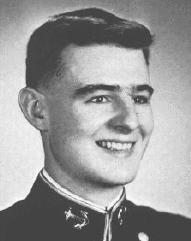 Jim came to the Academy by way of the University of Minnesota where he was majoring in organic chemistry. He took advantage of his previous college experience by enrolling in the validation program. This permitted him to progress rapidly to a major in mathematics, a field in which he is remarkably adept. While Jim is an outstanding student, he is not lacking in any of the other areas of achievement. He has made his talents felt from the field of sports to leadership and personal integrity. It's true he works hard, but, as he learned at the University of Minnesota, when appropriate, he plays equally hard. All in all Jim is an outstanding example of the well rounded character this institution strives to develop. Whatever his branch of service his presence and contributions will be noted.