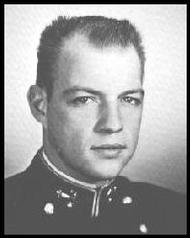 Bill is the cosmopolitan of '63. He has graced the cities of Havana, Chicago, Miami, Washington, and New Orleans with his presence. Before coming to USNA, Bill attended Tulane University as an ROTC. This gave Bill the opportunity to validate many of his Plebe year courses and work toward a major in a subject not in the basic curriculum. Being quite versatile, Bill's interests have varied from YP Squadron to sleeping, from the BAC to sleeping, and last but not least sleeping while listening to "country music." Be it Madison Avenue Line or Navy Air, Bill should be of real value to his classmates and to the service. 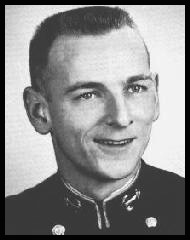 After spending a year at the University of Denver, Carl decided to join the Navy and become a "missileman." While engaged in mastering this trade he received an appointment to NAPS and thus on to Annapolis. Realizing that he wasn't cut out for marching, "C.K." immediately set out on a program including varsity soccer, Public Relations Club, Antiphonal Choir, and as the Masqueraders' Publicity Director. But alas, he found himself marching with us on occasion nevertheless. Carl's interests in his former goals were apparent since he could more often than not be found working with an assortment of electrical gadgets. "C.K.'s" interest and friendly manner will enable him to become a valuable addition to the service. 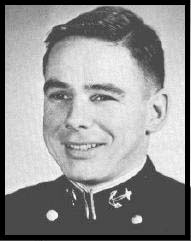 T.J. came to USNA after spending a number of years pursuing various interests along both the East and West coasts. He is well known for his popular, living sense of humor and active participation in the "finer things" of Academy life, and yet the "Heals" is characterized by his ability to quickly grasp the academic curriculum. T.J.'s congenial personality has given vent to many mirthful times for all of us. Athletic endeavors for T.J. were definitely not inherent, but his persistent efforts to attain physical fitness led him through many hours of rowing the Severn from a low seat on the varsity crew team. After years of leaving blank the "Extracurricular Activities" column, he finally joined the Foreign Relations Club. Such an aware and talented person as Ted will prove that his is the type individual required by the Navy of today.