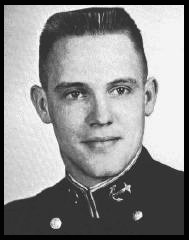 Jim arrived at USNA from Lewes, where he first grew to love the sea, as it was only a stone's throw from his front door. Many of his leisure hours were spent boating and skiing. Graduating from Lewe High with honors, his academics have presented no great problem, thereby enabling him to participate in the overload program and the Advanced Science and Math Seminars. At other times he could be found participating in battalion and company lightweight football, managing the varsity tennis team, or singing in the Antiphonal Choir. His intelligence and interest will make him a capable Naval Officer and a welcome addition to the Silent Service, of which he plans to become a part. 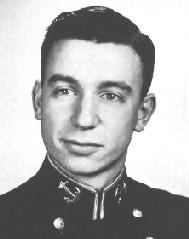 Born in New York City, Dick attended Bishop Loughlin High School and graduated after three and one-half years. To prepare for Annapolis, he spent a year at Manhattan College in Riverdale, New York, majoring in Physics and attending the Air Force ROTC. Here at USNA Dick sang Second Bass in the Catholic Choir and the Glee Club. In line with his musical ability he participated in the 1961 production of the Combined Musical Clubs' Show. On the athletic side he cox'ned for the lightweight Plebe crew team and played intramural handball and swimming. Dick hopes to garner a Math degree at graduation and travel to Pensacola for flight training, flight surgeon willing. 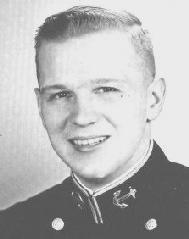 After graduation from Canonsburg High School, Ray spent a year at Washington & Jefferson College. When he became tired of the Army ROTC and fraternity life, he decided to become a Midshipman. The Army Reserve's loss was our gain. He is a fine athlete on both varsity and intramural levels and a rough competitor in any game or party. Most of his time in the fall is taken up earning "N-stars" in 150 pound football. He is a devout music lover and likely to sing or play you a song any time. This gay young blade is never at a loss for female companionship. He could be seen with a member of his "lucky 20" almost any weekend. Some of his classmates had the honor of escorting friends of some of the members of this select group. Since becoming a Midshipman, Ray has one dream and that is to tour the South Sea islands. He will be a competent officer, a credit to his uniform, and above all, a fine friend.