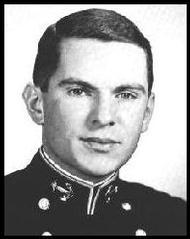 A native son of Pennsylvania, "T. V." came to Navy directly from Easton High School. Since the first day of Plebe summer, he proved himself a hard worker mixing his studies, athletics, and social life equally. Not one to pass up a good time, Tom can always be trusted to contribute to any merrymaking. A well rounded individiual, his main intereests include baseball, dragging, golf, dragging, reading, and dragging. His ability to get along with people and his fine sense of responsibiltiy has won him much respect among his classmates. A good student and a good athlete, Tom has a sense of perspective and keen mind that will prove him excellent officer material. 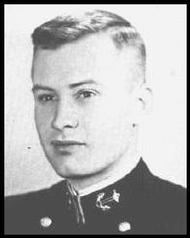 Mickey, a true son of the South, came to Navy by way of Auburn University. He spent two years there enrolled in the regular Naval ROTC. At Auburn he was a member of Sigma Chi Fraternity and studied engineering, girls, and assorted other courses. When Mick came to the Academy, he was already well indoctrinated in college and Navy life. Because of previous studies, he was able to validate certain courses and work toward a major in engineering. His major interests while at the Academy were light-weight football, the Y. P. Squadron, and extra-curricular activities. Mick was always known to be a good administrator, which may be exemplified by the victory parties he organized during football seasons. With his versatile abilities and easy-going personality, Mick will undoubtedly be an asset to the officer corps of the United States Navy. 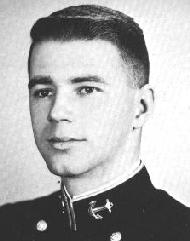 Steve came to USNA from Pike's Peak unaware that another branch of Uncle Sam's militia had a slot for him in his own state. Nonetheless he found the Blue & Gold very suitable. Steve was marked among his classmates with a perpetual air of good humor. Seldom if ever did one find him without a smile, even after one of the Science Department "Specials". His tremendous spirit rubbed off on others in the Hall as well as on the playing field. When he wasn't kicking a soccer ball around, he was sure to be the noisiest one on the sidelines. Application and integrity helped him to do very well academically throughout his stay. Steve's biggest thrills were moving into the Bancroft Hilton last year and spending second class summer down South. All who have had the pleasure of knowing Steve are sure he'll be a fine credit to the officer ranks of the Navy.