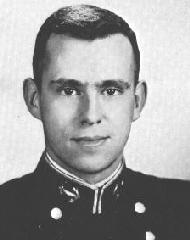 Bob hails from the capital of the Mid-West, Chicago, Bringing with him a warm personality and disarming wit, Bob soon made many friends. Never one to become flustered, Bob took the rigors of plebe and second class years in stride, and could always be counted on for the right phrase at the right time. Thanks to him, many a trying moment was left in the wake of laughter. Academics never posed a problem for Bob, so he channeled his energy to two of his many loves, good books and sailing. As anyone who has ever seen his bookshelf will attest, Bob's converstaional prowess was a result of a wealth of good reading as well as a natural wit. A fine officer and a gentleman always, Bob will be respected by all who have the good fortune to work with him. 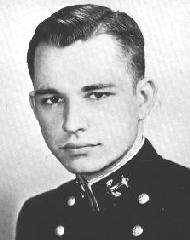 A Navy junior from everywhere, Roger entered the Academy with the firm conviction that Nuclear Power held the key to his all-Navy future. While preparing for his chosen field, Rog's acuteness in academics enabled him to pursue the study of three modern Languages. By no means a man to limit his interests, he harmonized with the Catholic Choir weekly and each spring offered his talents to the varsity golf team. Indeed, his ability on the links is surpassed only by his ability to take command of his friend's drags. A man of unfailing wit, warm good humor and easy capability, Roger will always be a valuable asset to the Naval Service. 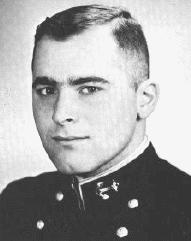 An extremely diversified knowledge of worldly things and an amazing capacity to pull widely unrelated facts out of his cerebral treasure chest have characterized the presence of the "V" in the Brigade of Midshipmen. His rotund stature combined with his jovial jowls have endeared him to his classmates. Knowing "A little about everything, and not too much about any one thing" has enabled the "V" to out-talk even the most erudite conversationalists. Initiation of the validation program plebe year also began the "V's" successful career in the validation of weekend watches, Parades, Extra Duty, and almost every course the Academy offered. In fact, if it hadn't been for his ability to play chow on the violin, the "V" would have validated plebe year too. But, all has not been lost. Ken has turned his many talents Navy way, and the fleet will receive a fine destroyer man.