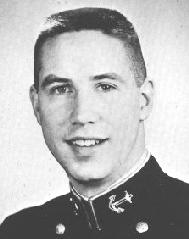 Before coming to the Naval Academy, Mark attended Johnstown College of Pittsburg University for one year. Mark's biggest contribution to the Brigade has been as varsity sailing manager. Proving his ability to handle the job, he was elected manager for his second class year and again for first class year. He has also played company football. On the extra-curricular side Mark has been active in the photography and model railroad clubs. Mark's favorite hobby, however, is building stereophonic amplifiers and tuners, and he claims to have one of the finest stereo systems in Bancroft Hall. Mark will be a credit to his country no matter what his career choice. 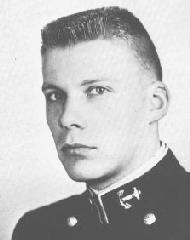 Coming from Milwaukee, Wisconsin, by way of NAPS, "Scotty" arrived at USNA with the twin ambitions of graduating and entering into Naval Aviation. His warm smile and usual display of personality have enabled him to capture strong friendships among his classmates and fellow midshipmen. When he wasn't studying, "Scotty" was usually short-circuited inside someone's radio or reading his Electronic's World magazines. He was a success in everything he pursued. This could be seen from his performances on the company cross-country and 150 pound football teams. He later devoted much of his time and enthusiasm to YP's and ocean sailing. "Scotty's" cheerfulness and knack of getting along with people will certainly insure his success as a Naval Officer. 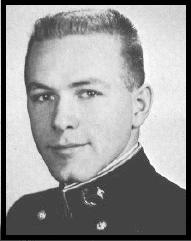 Diversification was "Shack's" claim to fame. During the year he was a regular in Battalion football, and lacrosse, and company soccer, squash, and softball. Not to be outdone on the academic side, his year in college before he became a midshipman put him in a validated category taking additional electives. Born in Syracuse, New York, he came to the Academy by way of Toronto, Canada, and Long Island, New York. His year in college was spent at State University of New York, College on Long Island where he was majoring in engineering. Carrying over his interests to the Academy, his elective courses reflected his abilities in this field. As a member of the Reception Committee, visitors to the Academy always received a good impression of midshipmen from Norm. His participation in Academy functions left everyone with a good impression.