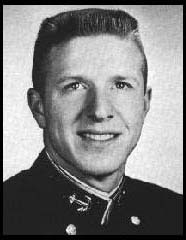 Jim came to the Naval Academy after attending Arkansas Tech for one year. When he arrived, he wasted no time in making a name for himself in the Naval Academy sports world. During plebe year he set the broad jump record and won his first varsity "N-star" in track as a youngster. Jim liked to keep himself occupied with his numerous extracurricular activities, among which was being a sportswriter for the LOG. Jim enjoyed his fair share of success with the ladies while at the Academy. His warm personality and gentlemanly manner greatly aided him in making many friends. These characteristics will undoubtedly continue to aid him in his future career. No matter what field Jim chooses, the service will be gaining a fine officer and gentleman. 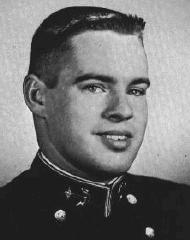 Dave came to USNA from Arlington, Virginia, after two years at Severn School in Severna Park, Maryland. During his first two years in the Happy Eighteenth Company, "Thorny" added a lot to the Academy's sports program by participating in wrestling, squash, and softball. When he changed companies after Youngster year, Dave added touch football to his list of sports interests. Every weekend Dave could be found supporting one of the Academy's favorite traditions by enjoying his liberty hours in one of the "drag houses." Second class summer convinced Dave that the life of a Naval Aviator was the thing for him. He will be a great asset to this important branch of the Navy. 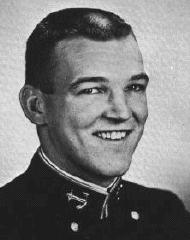 James Carlton Thornton, known as either Jim or J. C. to his class- mates, was born in San Diego, California, on April 17, 1940, and now calls Compton, California, his hometown. Jim attended several schools before finally settling in Compton where he graduated from high school and also attended one year of junior college. It was while at college that Jim was told of the opportunity to go to the Naval Academy, which according to Jim gave him his greatest feeling of excitement; knowing that he was one of the few lucky young men to be considered as a candidate to the United States Naval Academy. While at the Academy he played J.V. football and participated actively in intramural sports. J. C.'s plans upon graduation include a career in the Air.