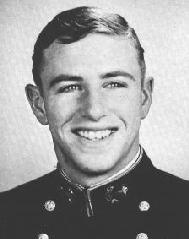 Tren came to USNA from Deerfield Academy in Deerfield, Massachusetts, where he took an active interest in football and track. He has shown himself to be a capable student and has taken advantage of the opportunities in the overload program, working towards a degree in Aeronautical Engineering. But it was not all books for Tren. He spent many hours chasing little white balls with the Plebe and varsity Lacrosse teams. Having never lived very far from the salt air and surf, he always enjoyed an afternoon of sailing on the bay. Now that he has completed his four years at the Academy as a Midshipman, Tren will begin his career as an officer in Naval Aviation. 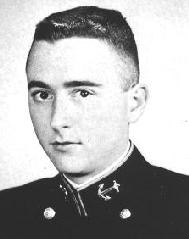 Born in San Diego, Art followed a family tradition in coming to Navy from Rocky River, Ohio, via Columbian Prep. "The Weed" was a most able participant in intramural sports especially in battalion football and company basketball. Many a night plebe and youngster year found Art grappling with his favorite subject, Dago, which he finally conquered. Art was always ready to render a helping hand in a game or in seriousness, and his reserved opinions and quiet manners were well received. Plebe year Art became famous on hundredth night when he received a comearound to the battalion officer for running the firsties too hard. Art's many contacts in the area kept his roommates well supplied with cookies and cakes, and weekends rarely found him in the hall. Quiet and easy going, Art's personality won him many friends here at Navy, and he will surely carry the traditions of the Academy to and be a welcomed addition to any ship in the Navy. 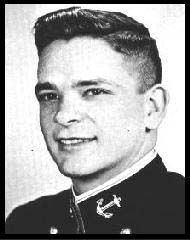 When "Whitey" left home in '58 to go to boot camp, he had no idea that his tour of duty would include a four year stay on the Severn. Having gotten here, he put his head to minding his own business and to his studies. In the academic departments "Whitey" has done quite well for himself and his roommate whom he has tutored through skinny and math reexams. As far as sports go, "Whitey" was a plebe wrestler, though he has since limited himself to battalion and company sports, where he has been equally successful. When not tied up with studies, "Whitey" was usually found to be one of the first through the gate, heading for a certain special spot out in town.